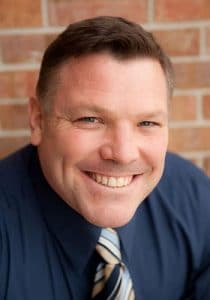 Dr. Steven is currently one of the only chiropractors in Wisconsin to have earned the prestigious Gonstead Technique Diplomate award from the Gonstead Clinical Studies Society. The Diplomate program demonstrates proficiency using the Gonstead System of analysis and correction. The designation of GCSS Diplomate makes a clear statement as to the dedication and excellence of a chiropractor. Dr. Steven was chosen among his peers to be a featured speaker at the 2010 International Gonstead Seminar in Mt. Horeb.

As a student, Dr. Steven was elected president of the Life College Gonstead Club and became certified as a Gonstead Method practitioner, having completed more than 400 hours of training with the world-renowned Gonstead Seminar of Chiropractic.

Dr. Steven has been married to his high-school sweetheart, Cindy, since 2000. Together, they have three beautiful daughters: Mae, Ruby, and Jane. Outside of his passion for chiropractic, Dr. Steven enjoys spending as much time as he can with the girls.

As a family, they love cheering on Wisconsin's sports teams - the Packers, Brewers, and Badgers are particular favorites - and spending time outdoors, especially up north in Three Lakes. 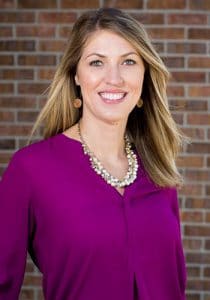 Dr. Erin Miller earned her bachelor's degree in psychology from DePauw University, Greencastle, Indiana, and a Doctor of Chiropractic from Palmer College of Chiropractic, Davenport, Iowa. While at Palmer, as a member of the Clinic Abroad Program, she treated hundreds of patients in Vietnam.

Dr. Erin exclusively uses the Gonstead system of chiropractic adjusting. She has hundreds of hours of post-graduate education in the renowned Gonstead technique, with the Gonstead Methodology Institute. Dr. Erin takes special interest in working with children and families. She is intent on healing-finding the cause of her patients' health problems, providing the most effective treatment and returning patients to their ultimate state of health and wellness. 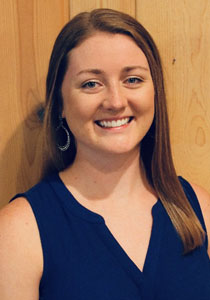 While attending Palmer, Dr. Michelle spent valuable time participating in opportunities to strengthen her skills. She was a Clinical Radiology Intern and a teaching assistant for Physical and Neuromusculoskeletal Diagnosis classes, as well as radiology courses. She was an intern at the well-respected Troxell Intern Program, where she learned, practiced, and taught the Gonstead system. She interned under, Richard Burns, D.C., a seasoned Gonstead chiropractor, and she was an active in Gonstead Club on campus. Dr. Michelle has spent hundreds of hours in formal training with the Gonstead Methodology Institute and the Gonstead Seminar of Chiropractic. She is also Webster Technique Certified.

Dr. Michelle exclusively practices utilizing the Gonstead system of chiropractic and enjoys providing care for patients in any stage of life, including the pediatric population. She is committed to providing gentle, specific chiropractic care to families and empowering all her patient's that their body is an extraordinary self-healing machine!

When not in the office, Dr. Michelle enjoys taking in God's beautiful creation outside. Whether that is going for walks, hiking, camping, or being on the lake. She also enjoys reading, creating homemade products that are less-toxic, and spending time with family and friends.